Annapolis of 250 years ago was the scene of public 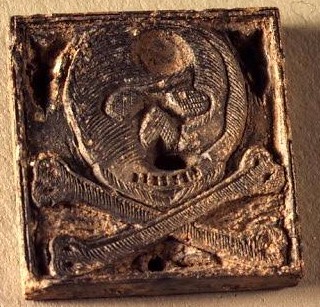 protests, mob violence, boycotts, and incendiary headlines, all because of a simple little stamp that changed the course of history. Before the British Parliament passed the Stamp Act of 1765 -- levying taxes on paperwork from wills to deeds, licenses, even playing cards and dice -- Maryland and the other 12 colonies were firmly attached to mother England. Following these first cries against “taxation without representation,” those bonds began to unravel and the seeds of independence were sewn. Historic Annapolis will recreate the spirit of this tumultuous period with Sons of Liberty Week, Oct. 19 – 25, 2015.

Tuesday, October 20, 2015
Freedom of the Press Then and Now:
A Lecture and Panel Discussion

This lively lecture and panel discussion is scheduled October 20 at 7pm at the James Brice House, 42 East Street.  Doors open at 6:30 p.m. for a wine and cheese reception.

Senior historian Glenn Campbell will discuss Jonas Green’s “expiring” Maryland Gazette of the period. A panel discussion with working journalists, educators and watchdogs on the evolution and current state of press freedom will follow, led by moderator Jennifer Bevan-Dangel, executive director of Common Cause Maryland.

The cost is $5 for students, HA members and volunteers and $10 for general admission. Space is limited and reservations can be made on HA’s web site here.

This 1-hour guided walking tour, “Revolutionary Annapolis,” will be held at 10am and 12:30 pm. The tour begins at the William Paca House and Garden, 186 Prince George Street and will include stops at St. John’s College, the Chase-Lloyd House, Peggy Stewart House, and other city locations with ties to the Revolution. As guests walk through Maryland’s historic capital city, they will learn about the important patriotic ideas and events of the years from 1762-1783.

The cost is $10 and reservations can be made on HA’s website here.

Sons of Liberty Day will kick off with a Stamp Act protest march up Main Street at 11:30am October 25, recreating the events of August 26, 1765, when angry townspeople burned an effigy of stamp commissioner Zachariah Hood. The March is free and open to the public.

The March will be followed by a Revolutionary Festival at the William Paca House and Garden, 186 Prince George Street.  The Festival will include revolutionary fun for all ages from 12pm to 4pm. The event will feature more than 20 costumed re-enactors, music, musket firing, children’s craft activities and a Rebel Rum tasting by Blackwater Distilling.The Revolutionary Festival is included in admission to the house and garden.

On-Going Activities Throughout the Week

Public Outbursts
Additionally, throughout the week, October 19-25, costumed re-enactors will appear at random throughout the Annapolis historic district in October to exhort townspeople and visitors to join the rebellion.

To lend an air of authenticity, Robert Hardy, who runs the new American Primitive Letterpress Workshop series at Maryland Hall for the Creative Arts, is hand-laying type in 18th century style for “broadsides” (period-style posters) to promote Sons of Liberty Week events.

For more information, contact Historic Annapolis at 410-267-7619 or visit the web site, www.annapolis.org.